Yoga-vaiśāradī is a web application that is developed with an objective to facilitate easy access to the classical commentaries of Yogasūtras of Sage Patañjali. Vaiśāradī means an expert. This web-based tool is designed to facilitate expertise and scholarship in the field of Yoga Philosophy.

A SHORT VIDEO ON HOW TO USE THE TOOL 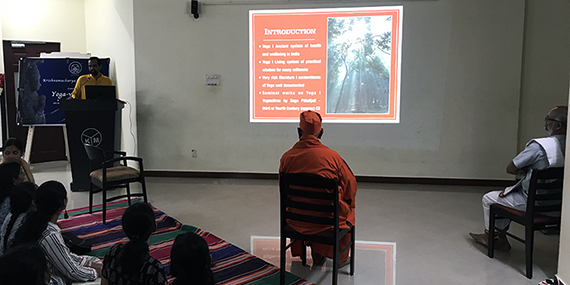 14 Sanskrit commentaries to the Yogasūtras have been digitized as part of this project. They can be classified into two types. 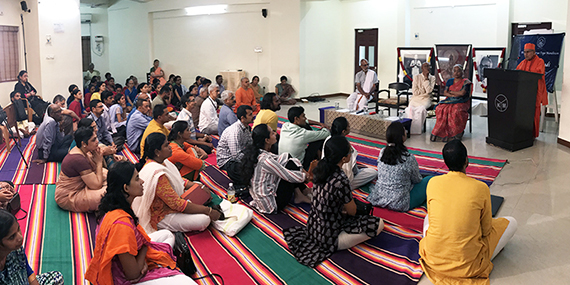 A sub commentary to Tattvavaiśāradī– Pātañjalarahasya by Rāghavānanda sarasvatī (1550-1600) has also been digitized as part of this phase.

Along with these classical commentaries, the first chapter of Yogavallī, a Sanskrit commentary to the Yogasūtras by yogācārya Śrī T Krishnamacharya (20th Century) is provided.

The views of Sri TKV Desikachar, son and student of Sri T Krishnamacharya on Yogasūtras in English – titled Reflections to Yogasūtras is also presented.

Also, Complete Tamil translation of Sage Vyāsa’s commentary of Yogasūtras by Dr.M.Jayaraman has also been included as part of this phase.

Thus currently the first phase of Yoga-vaiśāradī has Six Sanskrit commentaries of Yogasūtras (and one English commentary and one Tamil Translation).

This phase has added Eight independent classical Sanskrit Commentaries to Yogasūtras. They have been presented chronologically below: 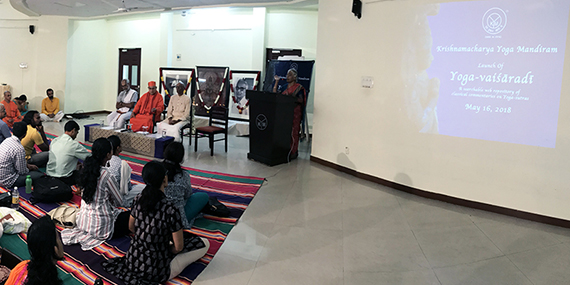 Along with the above commentary texts, to facilitate cross-referencing of Yogic concepts few other important Yoga/ Sāṅkhya texts form part of the repository which are also searchable. They include:

Sanskrit commentaries are very detailed. Care has been taken to keep the content error-free. But some inadvertent typographical errors might have crept in. We seek the support of users/readers to point out those mistakes so that we can perfect this in due course. You may write to yoga-vaisaradi@kym.org. The web-repository Yoga Vaishararadi can be accessed at www.kymyogavaisharadi.org.