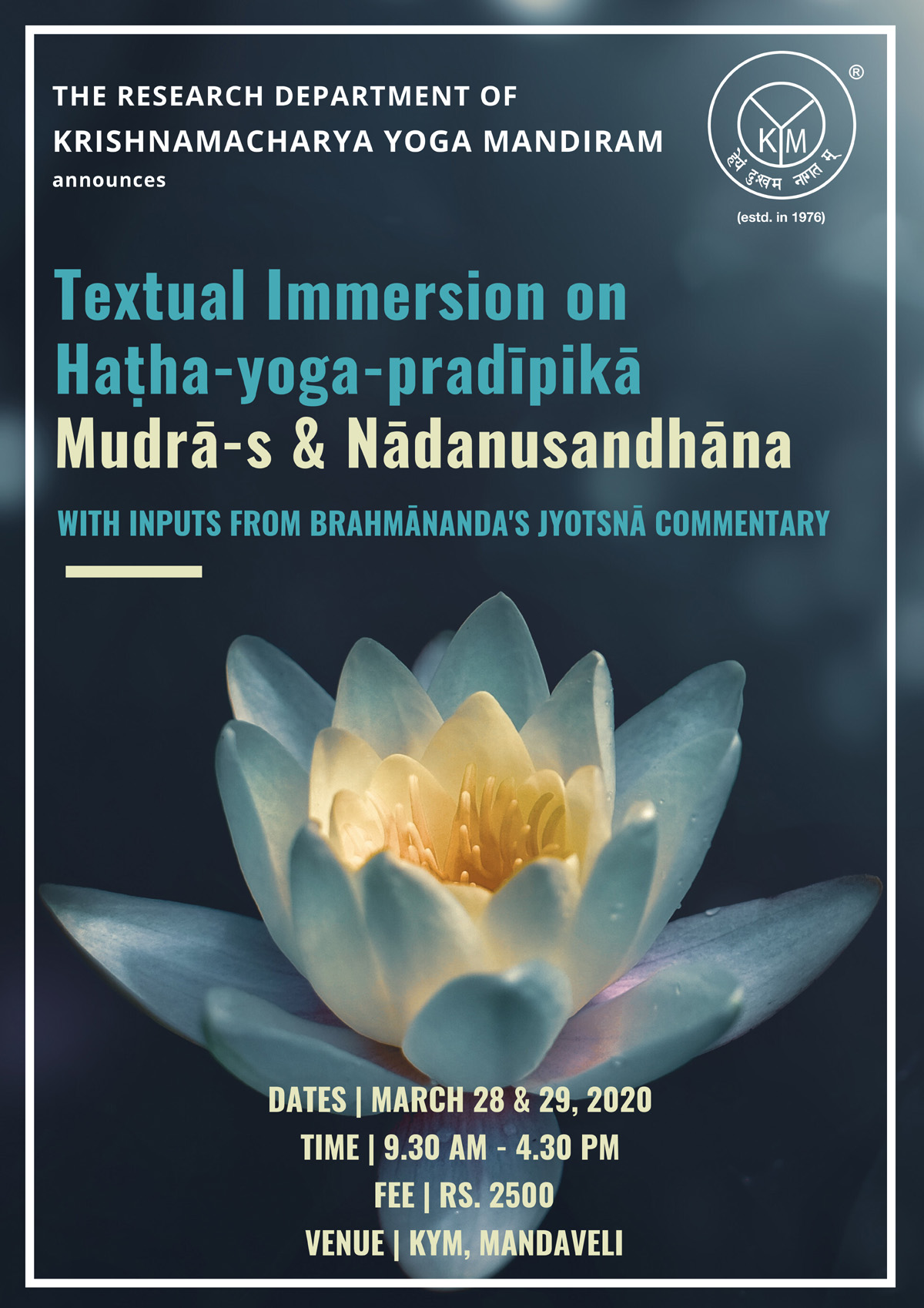 Śrī T Krishnamacharya is considered the father of modern Yoga. While he is considered a great innovator in Yoga instruction and therapy, the Ācarya was firmly rooted in the hoary textual tradition. Śrī Krishnamacharya himself was a prolific composer of texts on Yoga. In keeping with the strong textual orientation of our Ācarya, literary research division of Krishnamacharya Yoga Mandiram is happy to announce a two day workshop on Haṭha-yoga-pradīpikā.

Haṭha-yoga-pradīpikā (HYP) by Svātmārāma is a 15th century text that delineates the principles of Haṭha-yoga practice. This text has served as the cornerstone for the evolution of modern-day Yoga practice. It has four chapters that deal with various tools of Yoga, like Āsana, Prāṇāyāma, Mudrā-s, Bandha-s and Karaṇa-s. A commentary on this text by Brahmānanda (circa 19th Century) called Jyotsnā brings out the finer aspects of this text.

Approach of the Workshop:

In this workshop, all the selected Saṁskṛta verses, (given as handout) will be discussed in detail, with inputs from Jyotsnā commentary.
Special lectures by Senior Yoga experts from the KYM tradition on subtler aspects of these practices like Mudrā-s, Bandha-s will be organised.
One Yoga practice session per day will also be part of the schedule