Sāvitrī Sādhana – The Yoga of the Gāyatrī Mantra

HomeSāvitrī Sādhana – The Yoga of the Gāyatrī Mantra 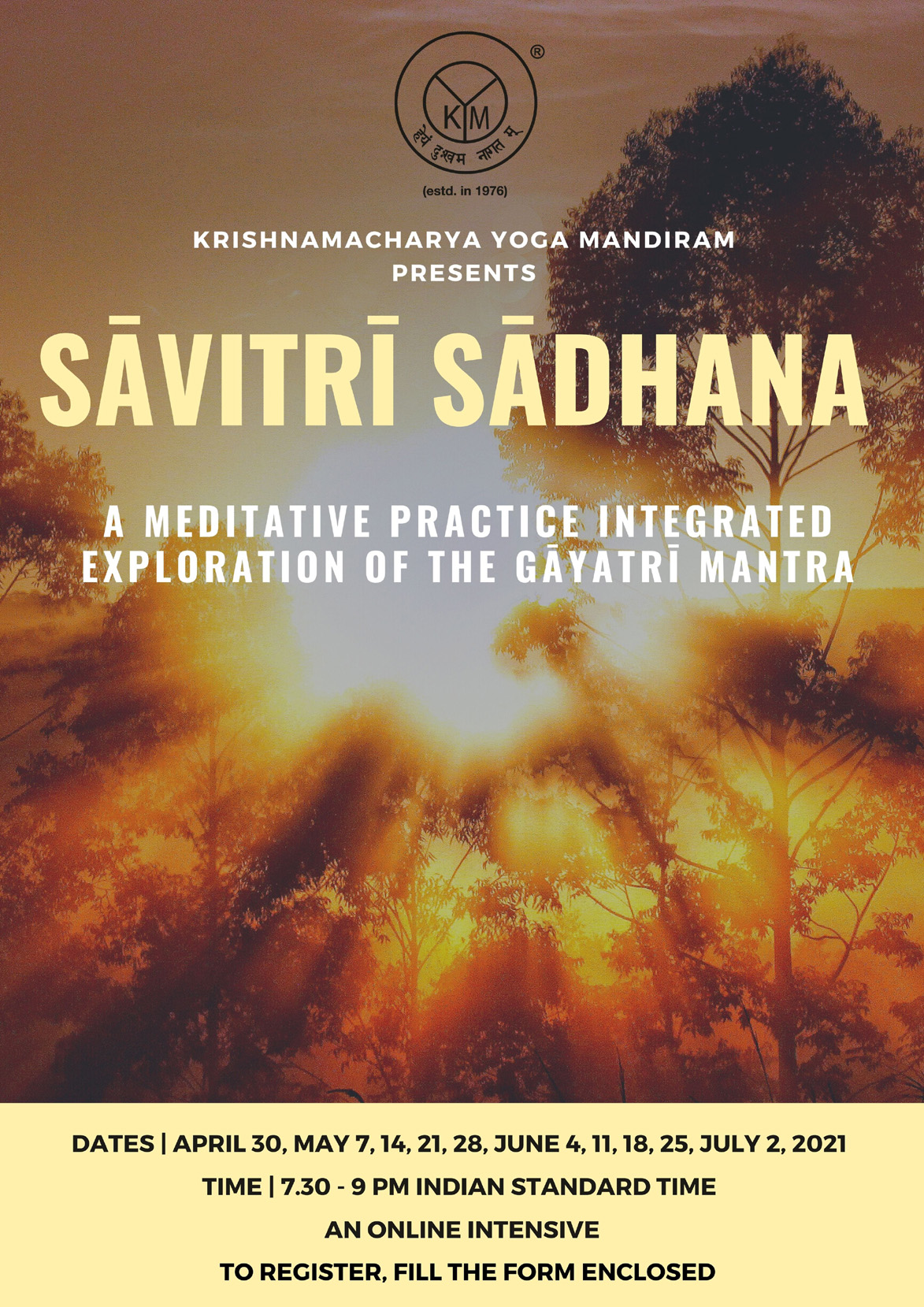 Sāvitrī Sādhana – The Yoga of the Gāyatrī Mantra

The sun in its luminous splendour has for millennia been revered as the Pratyakṣa Devata (the perceivable aspect of the unfathomable Brahman) by the Ṛṣi-s of yore. Naturally, the deity of the solar orb becomes the subject of a large number of Vedic Mantra-s and later Stotra-s as also the subject of very deep scientific enquiry as seen in the ancient texts on astronomy such as the Sūrya Siddhānta and the allegorical narratives of the Purāṇa-s.

The 24 syllabled Gāyatrī is one such Mantra that offers respectful homage to the sun that is the very reason for life on earth, the inspirer (Savitr̥) of life and all life processes. Addressed as such to Savitr̥ as its Devata, the Gāyatrī – Mantra itself was traditionally known as Sāvitrī.

More than just being one more among a vast collection of Mantra-s, the Sāvitrī specifically has been especially recommended as an essentially aspect of Prāṇāyāma and also as a Śubhāśraya for meditation as well.

This online intensive takes participants through an exploration of the Sāvitrī, its origin, its various forms (Prakr̥ti, Vikr̥ti and Śākhāgāyatrī), the multiple meanings and interpretations of the Mantra, the applications of the mantra in Yoga and also focuses on designing an integrated practice of Āsana, Prāṇāyāma, Nyāsam and Dhyānam using the Sāvitrī itself as the anchor of the Sādhana. Please note that this course focuses not on teaching the Mantra but on its integration within a practice that can be developed as a long-term Sādhana.

This webinar will be conducted by Nrithya Jagannathan, Director, KYM Institute of Yoga Studies. Sessions will be recorded and video will be made available for a limited period of access and necessary study material will be shared as well.